An e-rickshaw orelectrical rickshaw is a battery-powered vehicle designed as a three-wheeledhuman transport.

When it comes to manufacturingan e-rickshaw, there are multiple stages and processes involved. The maincomponents of an e-rickshaw includes: Body, Battery, Speed Controller Unit(SCU), Charger and Electric Motor. An e-rickshaw is manufactured by using thesecomponents and other parts that come with it in one box or tray. Whilemanufacturing process of body requires sheet metal cutting technology, electricmotors motorization requires special expertise.

E-rickshaws arebattery operated three wheeled electric transport. The global market size ofE-rickshaws is estimated at US$ 15 Billion in 2015, which will reach US$ 35Billion by 2025 with a CAGR of 6.1% between 2016 and 2025.

E-rickshaws arewidely used for transporting people around cities in emerging economies likeIndia, China and Vietnam. Increasing urbanization has led to rapid growth indemand for E-rickshaws across these economies.

In addition,increasing number of automobile accidents have been observed due to high levelsof pollution. To combat rising air pollution levels, governments have beenencouraging people to switch from private vehicles into public transports suchas E-rickshaws and other forms of public transports that run on alternativefuels such as electricity or biofuels.

The E-Rickshaw Assembling unit is one among the reportson projects prepared by Niir Project Consulting Services (NPCS). The reportcovers every aspect in business from studying the market, verifying theavailability of different necessities like machinery and plant raw materials,and forecasting the financial needs. The report prepared by NPCS has beenbeneficial to the engineers and project managers, and companies that provideindustrial consultancy services not only in India but also around the world.With its project reports on different businesses plans NPCS is also publishingtechnology technical, reference self-employment and startup books directory ofindustry and business databases as well as many more which can be found ontheir official website. 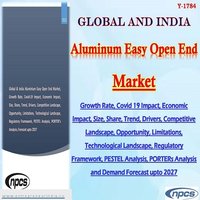 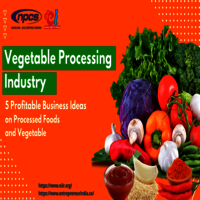